A downloadable game for Windows, macOS, and Linux

So this is a game I made a while back, mostly to test out RPG Maker MV. Though there are some things I'm not too happy about (like the abrupt ending), I can't go back and tweak it now, since I lost I lost most of the project files. If I still had them, I'd just build the browser version and upload that, but...  q.p

My main goal was to make something that stretched the extremely dull turn-based system that RMMV comes with. I decided to go with a weapon-switching mechanic, where many character-themes are rolled together. (For example, the healer and nuker are the same character,  but not at the same time.)

I also wanted to experiment writing stuff for the two main characters, both through their dialog and their mechanics. I hope you like it.

Here is the original thread on the RPG Maker forums.

Linux users: I haven't tried running this in a long time. You're mostly on your own.

Pretty neat for a "training" game. I know you cannot update the game, but here is my feedback on different parts if you can make something out of it in the future:

- Pacifist Healer archetype is interesting. However, Pacified state appears very rarely and the Pacificist ends with not a lot to do but Pacify every turn until things get very bad (this changes when the archetype Switch appears, though). Reboot is a bit slow and doesn't heal a lot. In particular it doesn't heal MP (think Rest in Octopath Traveler; it's an important technique for the Merchant's self-sustainability). A Guard would be nice to have (only Reena has one, until it's replaced with Switch; if the UI system didn't allow having more than 4 top commands, then it should be a 0MP Special).

Semi-aggressive moves may complement the moveset, like Counter (only deals damage if attacks this turn; or, if you really want the character to deal 0 damage, reduce damage taken and give a chance to apply a status ailment like Paralysis to the attacker; can quickly become OP though, be careful)

Finally, other supporting moves are welcome, like Share MP (give fixed amount or percentage of HP to ally, see Octopath Traveler again), which would be a good combination with a Reboot that restores MP... It's hard to find MP healing items so the characters cannot use Special after some time.

- I noticed the Android can be poisoned, although he stated the opposite in dialogues. At least this gives him an opportunity to demonstrate the status ailment cure on himself.

- There is no Flee command in battle, and I didn't feel a reduction of random encounters when levelling up / beating many monsters in the same area. The only contribution of level in minimizing random encounters is that since you're stronger, you beat enemies faster. But you don't level up often so that's not too visible, and you end up with the feeling there are too many encounters (I had 2 encounters separated by ~12 tiles at some point).

I know RPG Maker doesn't really help on that side, though. Ideally you would have a heat map where you reduce the encounter rate in areas where you already fought a lot, to solve issues like meeting an extra when going back and forth in an alley to check what reveals to be an already opened chest. But that's too much work for such a production. However, keeping track of the numbers of battles won or simply comparing the average party level to the area level may be enough.

- Didn't go far enough to learn new skills, but I saw some 0 TP at the end of the battle. Not sure if you use them or if it's a default from RPG Maker.

- Didn't go far enough to find new equipments... Maybe the game was short enough this was not needed, though.

- Item distribution a bit scarce, or more exactly you'll need a lot of MP healing items at some point but it's easier to find HP healing items; whereas since you have a healer, MP healing items would be more versatile. It wasn't clear that Magic water was replenishing MP.

- Stopped after both characters obtained their archetype Switch, but seemed promising. Refined dialogues overall. You took advantage of the "evil inside" plot element and gave it a meaning in gameplay.

- A few missing "crisis" aftermath dialogues, like after killing the bees, and when Nit-1n wakes up after the Fairy battle.

Thank you so much for the giving the game a try, and thanks for all the feedback!

- Pacifist could indeed have some barrier powers, or more reliable ways to put to Sleep / Pacify. Maybe it's just the fact that healing everybody tends to slow down battle so I would rather not do anything with the Pacifist sometimes.

- Reboot takes 2 turns so I think it would be OK to recover some MP. Combined with the Destroyer I admit it may become dangerous though.

- Interesting that RMMV puts Flee on the left. Maybe you could put Guard there too. But to be honest there was Move/Defend in FF7 in the sub-menu on the right and I rarely used them, almost forgetting them after the tutorial. In modern UI it would probably be mapped to a dedicated keyboard/gamepad button with a visible hint, or it would have an special menu entry but the menu would be more compact on the screen (RMMV seems good to make classics but it's harder to be up-to-date... consider the work you'd need to make a battle HUD like Golden Sun (2001). Oh, wait. Someone tried: www.youtube.com/watch?v=YbygxWE6p5k&list=PL31xsaV0Hu8b7mmlK36d-OXuH648XXx0I)

- It's nice if there are other items to expand the swapping mechanic.

- It's not that dialogs are missing due to a bug. Just that in terms of writing, if you connect the scene before and after the battle, it seems like the characters forget to react on the battle itself, why they did it and what they wanted. For instance, the Pacifist doesn't want to kill the bees, but does it still to progress so after the battle he could say "Repose in peace" or something like that. If you pick an event battle in some RPG you'll probably see what I mean. You did it for the battle with fairies already, since the aftermath was so important.

You may not be able to continue working on this game, but I'm eager to see your next works!

I really like the characters, they seem very thought through! The game was very fun to play and I enjoyed the story :D

I don't know if you've heard of Game Development World Championship before (gdwc2019) but it's a competition for indie game developers where they can submit their games and it's free! It's great if you want some more visibility for the game and it only takes a couple of minutes to join :)

Glad you liked it; the positive feedback means a lot to me!

This is the first I've heard of gdwc, so thanks for letting me know. I'll look into it. 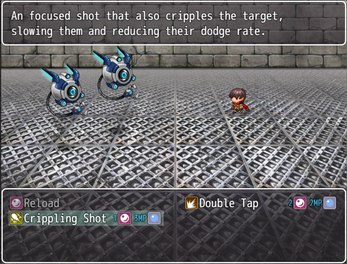 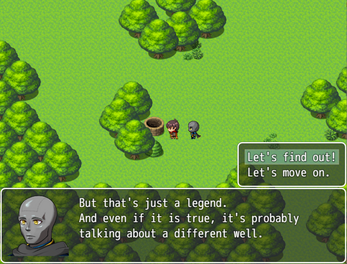 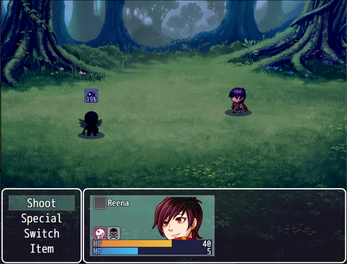 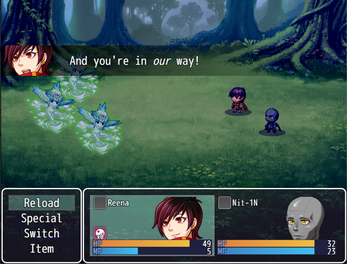